Estimates vary as to when fossil fuels will run out, but whether that happens decades or centuries from now, the fact remains that one day, the supply will no longer exist. It is for that reason that renewable energy is so vital. What are some of the main types of renewable energy, how do they work, and how are they making a difference in the world today? 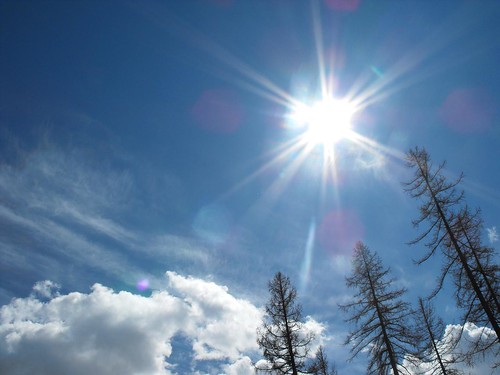 According to the Union of Concerned Scientists, “All the energy stored in Earth’s reserves of coal, oil, and natural gas is matched by the energy from just 20 days of sunshine.” But how can humans harness all that power?

There are a few different methods for collecting solar power, but most often you’ll see solar panels on rooftops or in yards. These panels contain many photovoltaic cells that convert energy from the sun directly into electricity. For buildings that receive a lot of direct sunlight, solar power can provide a low-cost, worry-free energy supply.

Some businesses have closely examined the pros and cons of solar energy and have made heavy investments in this vital energy source. For example, Wal-Mart, IKEA, and FedEx all use solar energy to some extent.

Wind turbines take a lesson from the sailors of old who used the wind to power their vessels, but today wind does so much more for humanity than take ships across the ocean.

When the wind blows, it spins the turbines’ blades, and the blades in turn spin a shaft, which turns a generator.

While some people might see wind turbines as unsightly, they are becoming an ever more valuable part of the electricity scene in the U.S. Nine states rely on wind for at least 10 percent of their power. China is the world leader in wind-power capacity.

The benefits of wind energy are that it is an inexhaustible supply of power, and it produces no harmful byproducts. However, you can’t always count on the wind to blow when you need it, so it is important to store the energy it produces and to have backup energy for calm days.

Solar and wind energy make people look to the sky for power, but geothermal energy comes from inside this precious planet. Geothermal energy plants channel the steam from underground hot water reservoirs to power electricity generators.

The biggest downfall of geothermal energy is that it isn’t available everywhere. However, it does see ample use in the western United States, particularly in California, where hot water reservoirs are plentiful.

As water passes through a hydroelectric dam, it moves turbines which produce energy. Hydroelectric power produces no harmful emissions, can match the demand for energy, and has a low operating cost. As of 2011, hydropower provided 16 percent of the world’s electricity.

Unfortunately, hydropower has its drawbacks. Dams can disrupt natural ecosystems, displace local communities, and cause flooding. Engineers try to design dams to mitigate these disadvantages, but a total solution is not yet available.

Humans have always used organic matter for energy. Even the most primitive people burned wood, peat, dung, and other substances to create fire.

Today, obtaining energy from organic matter takes several forms. Because much of the material that people throw away — such as food waste, paper, and cardboard — has energy stored inside it, waste-to-energy production plants can convert it to heat or electricity, thus reducing material in landfills. Because waste-to-energy plants are somewhat expensive, this form of biomass currently only produces enough energy to power 1.5 million homes.

Biogas production uses the gases from the breakdown of organic materials to produce power. And through biofuel production, non-food crops that grow quickly are becoming another valuable energy resource.

Because the energy stored in plants originally came from the sun, it isn’t incorrect to call biomass a form of solar energy.

The use of renewable energy will continue to grow as environmental concerns and worries about fossil fuel exhaustion become ever more dire. It is not too much to say that the future of the planet depends on renewable energy.